Society for Neuroscience - So Close, Rats Can Almost Taste It

So Close, Rats Can Almost Taste It 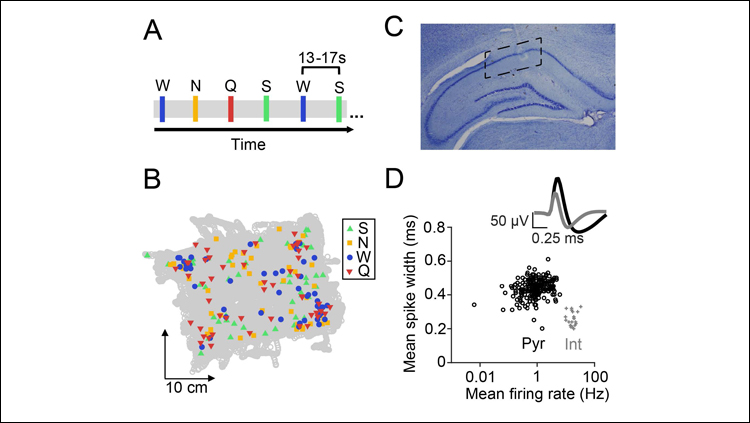 A subset of neurons in the hippocampus respond to both place and taste, according to research in male rats published in JNeurosci. The study shows how animals may remember and find their way back to locations where they previously found nourishment.

Although the hippocampus is connected to parts of the brain's taste system and active during taste discrimination tasks, its role in taste-processing has remained a mystery.

Shantanu Jadhav and Donald Katz, with graduate student Linnea Herzog and colleagues, randomly delivered four different tastes (sweet, salty, neutral, and bitter) to rats as they explored their environment. Recordings of individual hippocampal neurons revealed that about 20 percent of these cells were responsive to the palatability of taste stimuli. Of these, place cells responded to taste only in the location where the taste was delivered. These results suggest the hippocampus overlays existing mental maps with information about the reward and hazard derived from food found in particular locations.