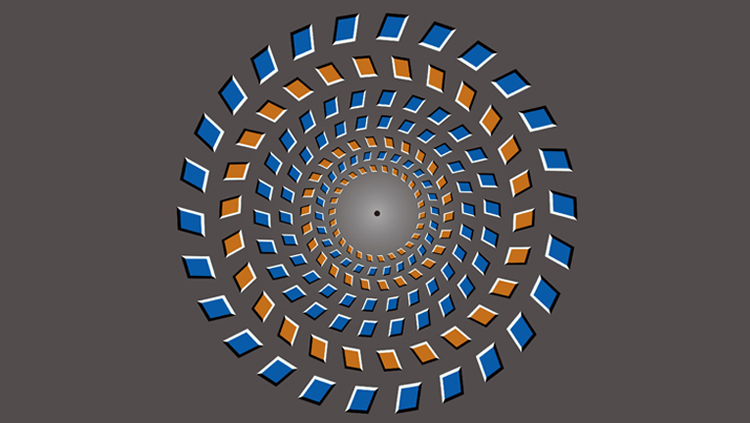 A study of humans and monkeys published in JNeurosci has found the same subset of neurons encode actual and illusory complex flow motion. This finding supports, at the level of single neurons, what the Czech scientist Jan Purkinje surmised 150 years ago: "Illusions contain visual truth."

The Pinna-Brelstaff figure is a static image of rings that appear to rotate clockwise as one moves toward and counterclockwise as one moves away from the figure. Having previously identified particular parts of the human brain that represent the Pinna illusion, Junxiang Luo and colleagues at the Institute of Neuroscience, Chinese Academy of Sciences first confirmed that male rhesus macaques likely perceive the illusion similarly to people. The researchers then recorded activity from individual neurons in the previously identified brain regions, and discovered cells that signal the illusory motion similarly to actual motion. A delay of about 15 milliseconds enables the brain to register the illusory motion as if it was real. This study provides new insights into how the brain grapples with the continual mismatch between perception and reality.