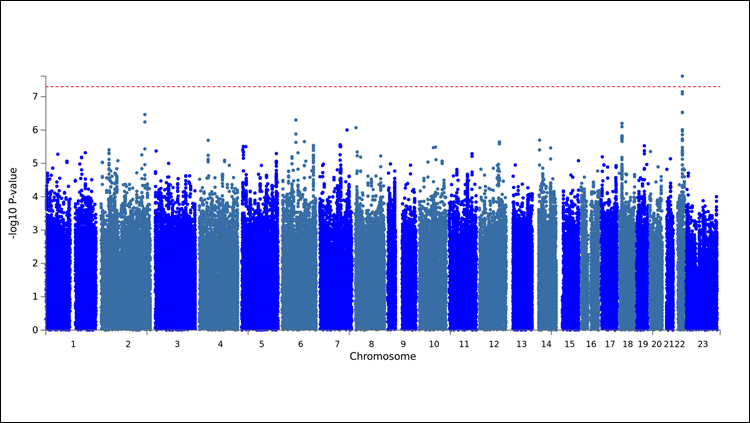 Impulsiveness and substance use share a genetic basis, according to genome-wide association studies published in JNeurosci by academic and industry researchers. With more than 20,000 participants, the research represents the largest genetic analysis of impulsive personality traits to date.

Dr. Abraham Palmer and colleagues compared genetic data with self-reported impulsive personality traits and history of drug experimentation from a large sample of older adults of European ancestry participating in personal genetics company 23andMe's research program. The researchers identified an association between variants in the gene CADM2 —previously implicated in risky preference, alcohol consumption, and cannabis use — and sensation seeking and drug experimentation history. They also identified an association between a gene previously implicated in schizophrenia risk (CACNA1I) and negative urgency — a tendency to act impulsively in the face of adversity.

These findings demonstrate how an individual's genetic makeup may predispose them to engage in risky behavior, including drug use and, potentially, misuse. Additional studies of younger and more diverse populations could provide additional insights into the genetics and consequences of impulsive personality traits.