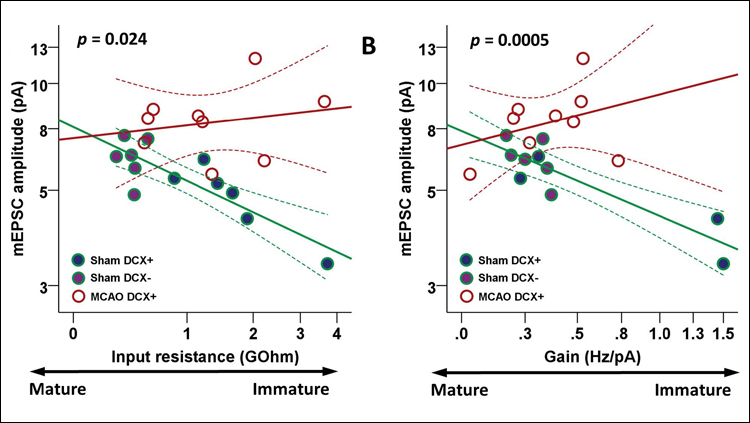 Mice produce new neurons in the hippocampus following a stroke that fail to develop properly, finds new research published in JNeurosci. Intervening in the production of these cells may help to mitigate stroke-induced memory impairments.

Stroke has long been known to increase adult neurogenesis. Despite the proliferation of new cells in a brain region critical for memory, previous stroke research in animals shows this process is accompanied by deficits on tasks that depend on the hippocampus. These observations led Albrecht Kunze and colleagues to investigate how newborn cells mature and integrate into the existing hippocampal network after stroke.

By temporarily cutting off blood supply to the brains of male and female mice, the researchers demonstrate the neurons generated as a result of this stroke model develop into hyperexcitable cells that may contribute to hippocampal dysfunction. This finding begins to uncover the cellular mechanisms underlying post-stroke neuropsychiatric disorders.