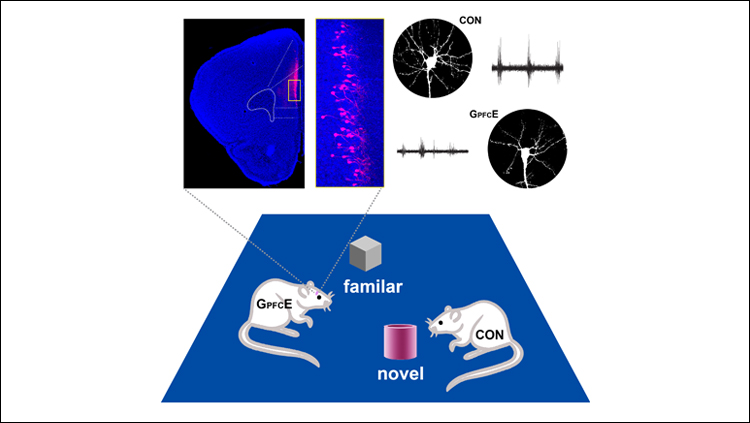 Faulty wiring of the prefrontal cortex during development leads to abnormal brain activity and cognitive impairments related to mental illness, according to a mouse study published in JNeurosci.

Eliminating a molecule called Disrupted-in-Schizophrenia 1 (DISC1) from the entire brain has been previously shown to alter connectivity between the prefrontal cortex and the hippocampus and impair the cognitive abilities this circuit supports in mice exposed to an environmental stressor. Ileana Hanganu-Opatz and colleagues now show similar deficits arise from disrupting DISC1 in a specific group of prefrontal cortex neurons in mouse embryos whose mothers were infected with a virus. These findings uncover a mechanism by which abnormal development of the prefrontal cortex and maternal stress interact to produce brain and behavior impairments reminiscent of schizophrenia, bipolar, and depressive disorders.