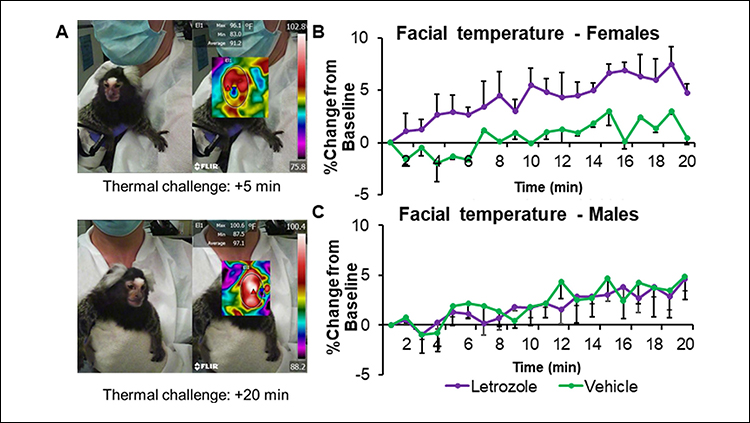 A comprehensive study of monkeys given the breast cancer drug Letrozole reveals side effects that impact the brain. Published in JNeurosci, the research establishes the common marmoset as an important nonhuman primate model for studying the effects of estrogen-reducing treatments on the nervous system.

Letrozole is used to prevent breast cancer recurrence by interfering with the production of estrogens. Although side effects such as mood disturbances and memory issues have been reported in both humans and animals, little is known about how the drug impacts the brain.

Nicole Gervais and colleagues administered Letrozole to male and female marmosets via pudding for four weeks and observed many of the same behavioral changes, including hot flashes and increased anxiety, experienced by women receiving similar treatment. Letrozole also compromised the function of neurons in the hippocampus and impaired spatial memory. Together these findings emphasize the need for further investigation of breast cancer treatments and their effects on the brain.