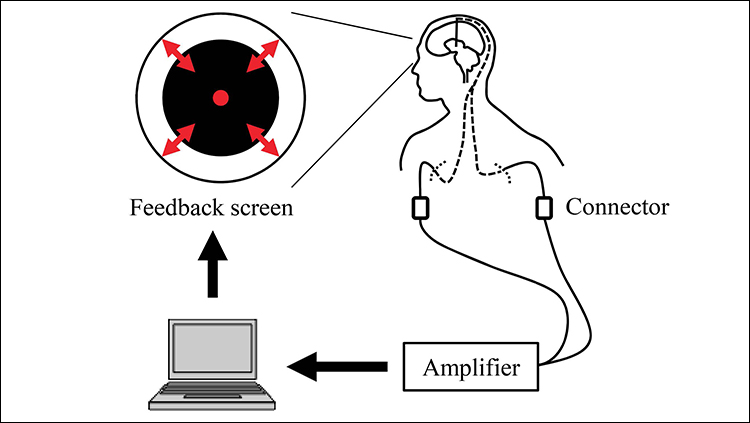 A neurofeedback system enables Parkinson's disease patients to voluntarily control brainwaves associated with symptoms of the disorder, according to new research published in eNeuro. It remains to be determined whether such a system can provide symptom relief.

Parkinson's disease is associated with abnormal beta wave activity in the subthalamic nucleus (STN), but a direct connection between this activity and movement difficulties has not been established. In their study of eight patients undergoing a routine replacement of a pulse generator used for deep brain stimulation, Takufumi Yanagisawa and colleagues developed a method that could help scientists better understand the relationship between brain activity and disease symptoms.

By translating participants' real-time brain activity into a visual representation during a 10-minute training session, the researchers demonstrate the patients' ability to increase or decrease the size of a black circle with their thoughts alone. This manipulation had a corresponding effect on STN beta waves measured after the training session. Although the researchers did not observe an improvement in patients' symptoms, their study represents a new approach toward managing disease-related brain activity that could inform the development of new treatments.