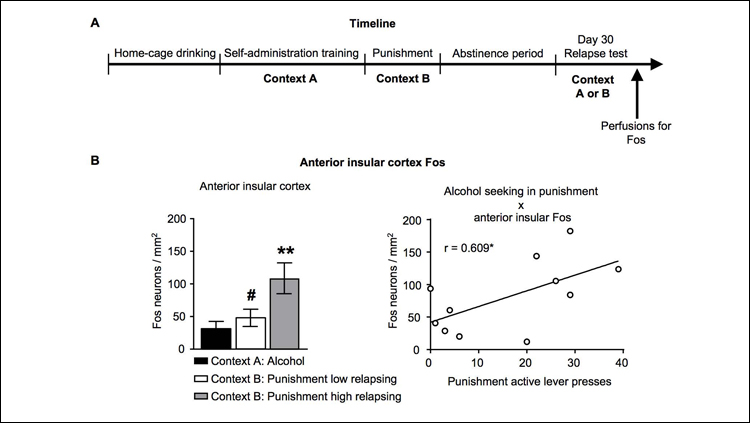 Activation of the anterior insular cortex — a brain region implicated in drug abuse — rather than drinking history or motivation for alcohol predicts relapse after a month of abstinence, reports a study of male rats published in JNeurosci. The results may explain why some individuals are more likely than others to relapse.

Using a recently developed animal model of alcohol-seeking, Andrew Lawrence, Erin Campbell, and colleagues studied a defining feature of human alcohol use disorder: the tendency to relapse following self-imposed abstinence, despite known health and social consequences. Alcohol-using rats were more likely to relapse after 30 days of abstinence in an environment in which they were previously punished with a foot shock, suggesting alcohol-seeking in the face of adversity. This finding is relevant to the human experience of returning to alcohol use after a distressing event, such as an ended relationship or loss of a job.

Identification of the anterior insular cortex — inactivation of which prevented relapse in the punishment context — furthers our understanding the neurobiology of relapse, which could inform preventative strategies for alcohol use disorder in humans.