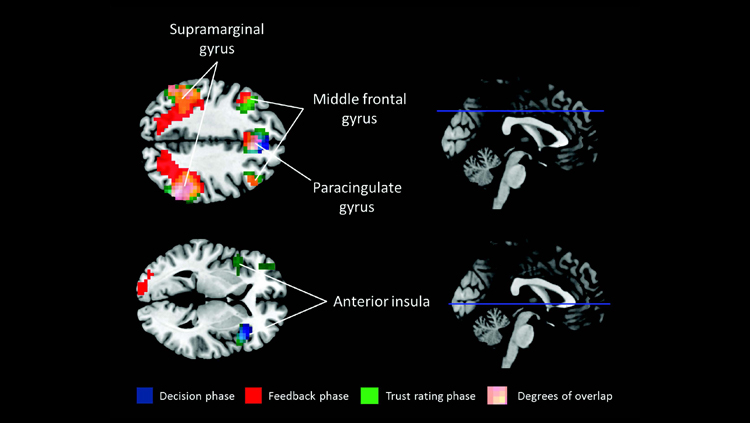 The recreational drug known as ecstasy or molly may help people regain trust in others after being betrayed, suggests results of a controlled laboratory study, published in JNeurosci, of healthy men given a pure form of the substance. The drug is currently being assessed for its potential as a supplemental treatment for post-traumatic stress disorder.

Male participants were randomly assigned to receive MDMA or a placebo and then played a game in which the participant and a second player could either work together or against each other. Those in the MDMA group were more likely to choose to cooperate with an opponent who had betrayed them but otherwise proved to be trustworthy. This behavioral shift was not observed during interactions with untrustworthy opponents, indicating the effect of MDMA is sensitive to the other player's behavior. Finally, the researchers report altered activity in brain regions involved in the processing of social information.