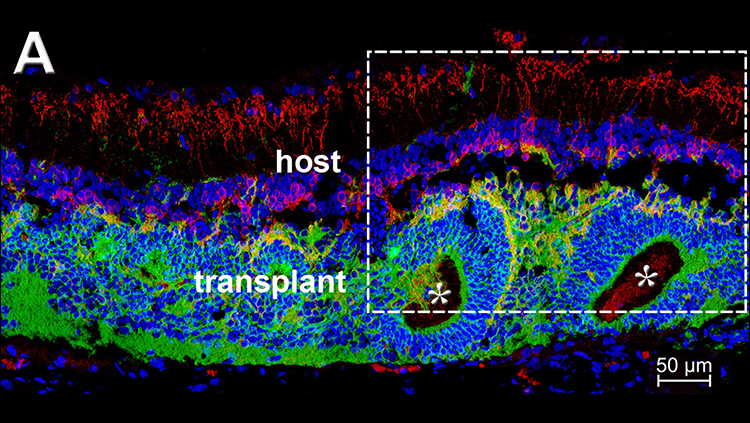 Sheets of fetal cells integrate into the retina and generate nearly normal visual activity in the brains of blind rats, reports new research published in JNeurosci.

Degeneration of the retina as a result of age or progressive eye disease damages the light-detecting cells necessary for accurate vision. Current treatments can only help protect existing cells from further damage and are ineffective during late stages of disease once these cells are gone. Retinal sheet transplants have been demonstrated in prior animal and human studies, but their ability to restore complex vision has not yet been assessed.