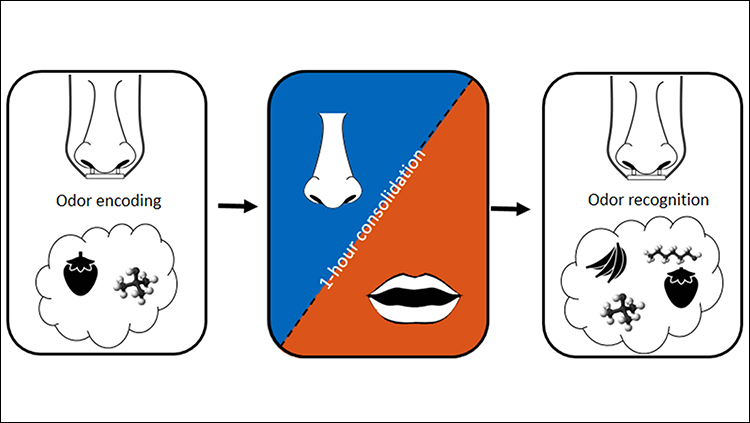 Breathing through the nose may improve the transfer of experience to long-term memory, finds a study of human adults published in JNeurosci. The findings add to growing evidence for the influence of respiration on human perception and cognition.

Although this study did not measure brain activity, the researchers suggest that nose breathing may facilitate communication between sensory and memory networks as memories are replayed and strengthened during consolidation. The study provides evidence that, in addition to its effects on memory encoding and retrieval, nasal respiration also supports memory consolidation.