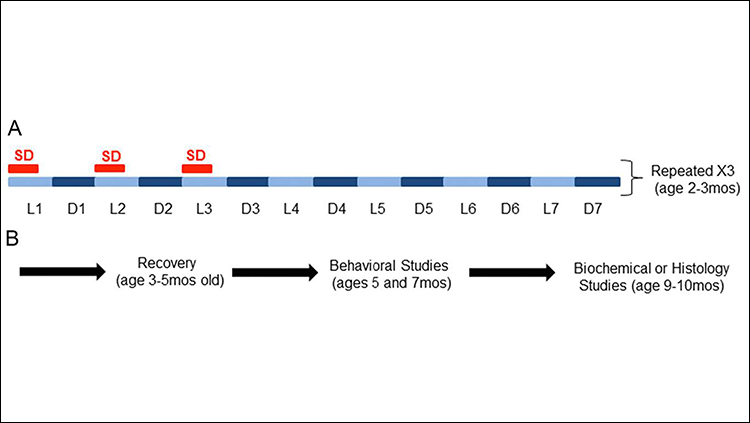 Using a mouse model of tauopathy, Sigrid Veasey and colleagues investigated two forms of sleep disruption increasingly common in modern society: chronic short sleep (CSS) and chronic fragmentation of sleep (CFS). Both forms of disrupted sleep led to an earlier onset of the motor impairments that develop in this mouse model and increased tau pathology in the locus coeruleus — the site of some of the earliest degeneration in AD — and portions of the amygdala. CSS also exacerbated loss of neurons in both regions. Together with previous findings that sleep loss contributes to accumulation of amyloid plaques — the other main culprit in AD — these results demonstrate the influence of sleep on neurodegeneration in aging.