Society for Neuroscience - Analyzing Half a Million Mouse Decisions

Analyzing Half a Million Mouse Decisions 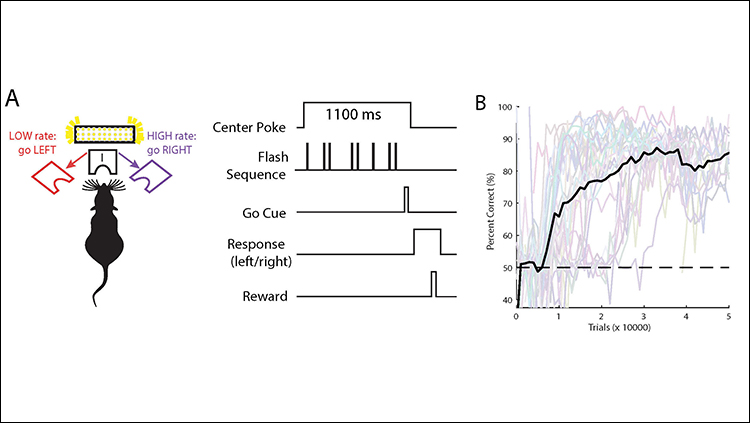 Mice can be used to study the neural circuits underlying complex decision-making, suggests an analysis of more than 500,000 mouse decisions reported in JNeurosci.

Some of the most advanced tools in neuroscience are developed for use with mice, yet studies of behaviors most relevant to humans typically involve other model organisms. Anne Churchland and colleagues addressed this gap by investigating the mouse's potential as an animal model of decision-making.

The researchers trained a large group of mice to distinguish between high and low rates of flashing light and found that the animals employed a decision-making strategy more similar to that used by nonhuman primates than rats. They also identified a brain region that may be part of a circuit supporting this strategy. The research paves the way for manipulation of such a circuit, to be further defined in the future, with powerful techniques to probe its structure and function.