Society for Neuroscience - Half the Brain Encodes Both Arm Movements

Half the Brain Encodes Both Arm Movements 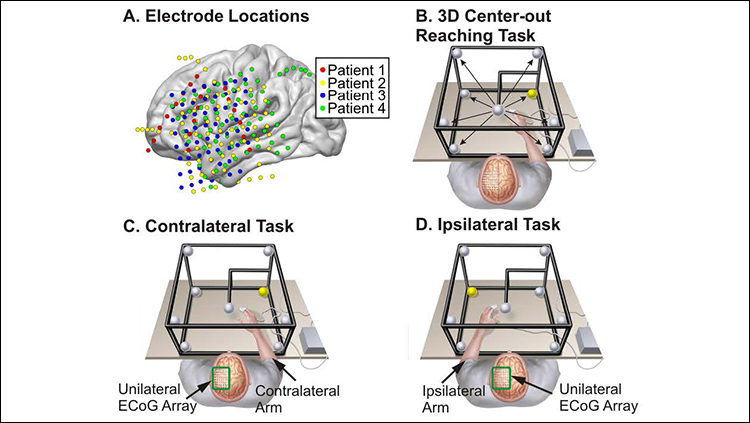 Individual arm movements are represented by neural activity in both the left and right hemispheres of the brain, according to a study of epilepsy patients published in JNeurosci. This finding suggests the unaffected hemisphere in stroke could be harnessed to restore limb function on the same side of the body by controlling a brain-computer interface.

Eric Leuthardt, David Bundy, and colleagues explored brain activity during such ipsilateral movements during a reaching task in four epilepsy patients whose condition enabled invasive monitoring of their brains through implanted electrodes. Using a machine learning algorithm, the researchers demonstrate successful decoding of speed, velocity, and position information of both left and right arm movements regardless of the location of the electrodes. In addition to advancing our understanding of how the brain controls the body, these results could inform the development of more effective rehabilitation strategies following brain injury.