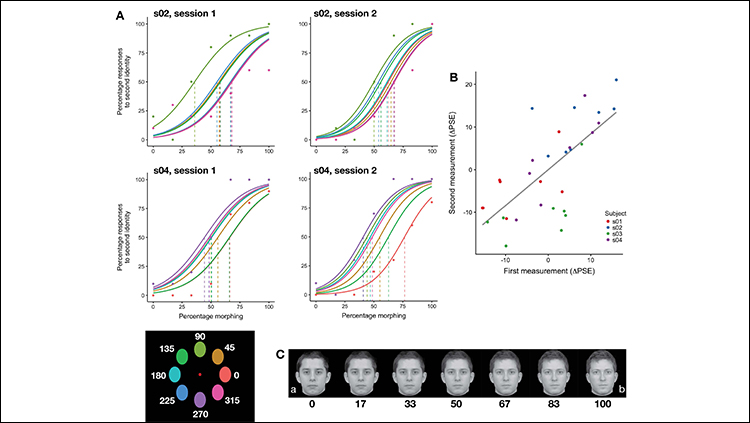 Previous research has shown that attributes of the same face can appear to be different depending on where it is presented in the visual field. For example, a face with unisex features can be seen as a male face in one place and as a female face in another. This finding led Ida Gobbini, Matteo Visconti di Oleggio Castello, and colleagues to investigate how regular interactions with the people in one's life influence perception of such familiar faces.

The researchers asked graduate students to identify photographs of their peers presented on a screen in various locations around a fixation point. They found participants who reported stronger familiarity with one another more consistently recognized the other individual in different parts of their visual field. The team further simulated how repeated social interactions may tune independent populations of neurons to recognize an individual face regardless of where it appears in space.