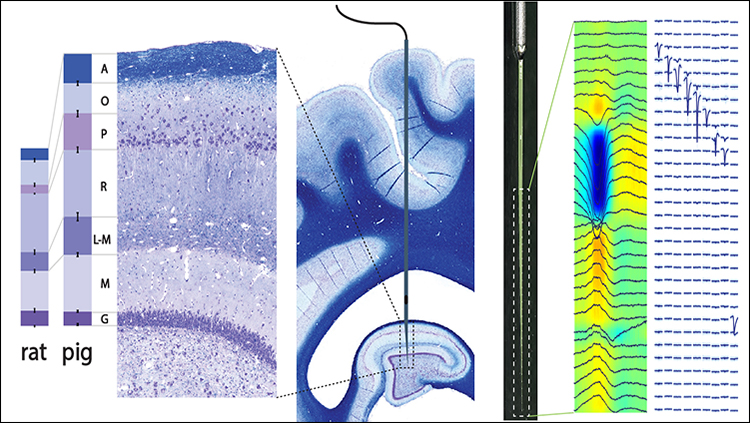 Researchers have taken further steps toward developing a superior animal model of neurological conditions such as traumatic brain injury and epilepsy, according to a study of miniature pigs published in eNeuro. The results establish the pig as a promising preclinical research model for hippocampal-dependent human memory disorders.

The structure and function of hippocampus has been extensively studied in rodents and non-human primates, animals that together enable experimental manipulation and a way to address species differences. Domesticated miniature pigs — developed as laboratory animals for their smaller size and comparative anatomy — have recently emerged as a middle ground model with potential to bridge the gap between rodents and non-human primates in a single, behaviorally complex organism.

Building on initial neuroimaging studies of the pig brain, John Wolf and colleagues developed new electrophysiology techniques to probe the structure and record neural activity of the Yucatan miniature pig hippocampus. With this approach the researchers confirmed features of the pig hippocampus comparable to those of rodents and non-human primates, allowing for future investigations of translational disease models involving this important brain structure.