Scientists have taken a step closer to understanding how the strongest known genetic risk factor for Alzheimer's disease (AD) contributes to memory impairment. Reporting their findings in eNeuro, the researchers demonstrate a critical role of the risk gene in the proper development of adult-born neurons in the hippocampus. 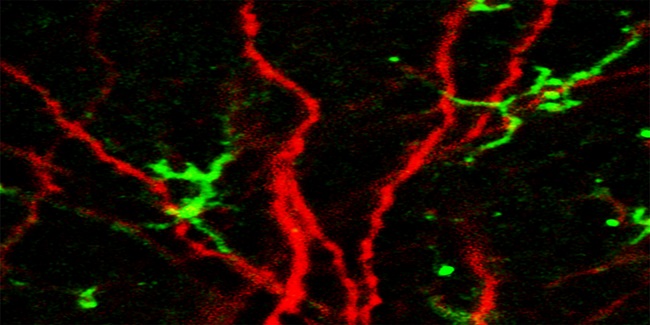 Apolipoprotein E (ApoE) is among the genes that regulate ongoing generation of neurons in the dentate gyrus of the hippocampus. A variant of this gene called ApoE4 — present in 10 to 20 percent of the human population — is also associated with the development of late-onset AD.

Investigating the effects of ApoE on adult neurogenesis, Tzong-Shiue Yu, Steven Kernie, and colleagues found reduced complexity of the dendrites of adult-born neurons in mice with genetically silenced ApoE compared to unaltered mice, as well as in those expressing ApoE4 compared to ApoE3-expressing mice. ApoE3, the most common variant found in humans, is not associated with disease risk. These findings suggest a potential explanation for the increased risk of neuropsychiatric diseases involving the hippocampus, including AD, among ApoE4 carriers.