Increased frontal brain activity in healthy older adults reflects reduced efficiency rather than a way to maintain cognitive function, finds a study of two human samples published in JNeurosci. The findings contradict a leading theory in the neuroscience of aging. 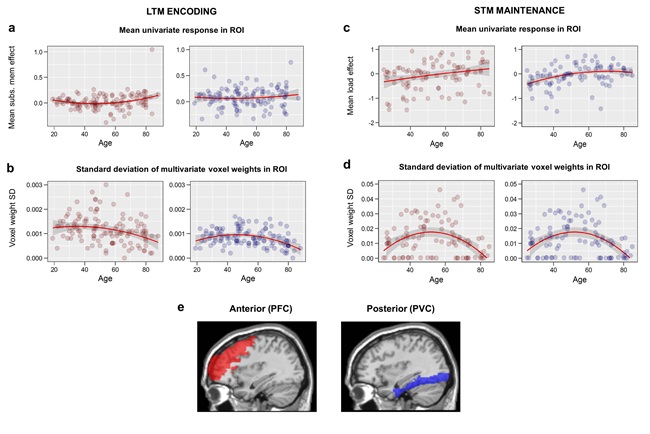 The Posterior-to-Anterior Shift in Aging (PASA) theory suggests the distribution of neural activity shifts from the back to the front of the brain over the lifespan to compensate for typical age-related decline in cognitive functions such as memory. Alexa Morcom and Richard Henson tested predictions of this theory by analyzing functional magnetic resonance imaging data obtained from adults between 19 and 88 years of age. Their approach allowed the researchers to determine that increased prefrontal cortex activity does not carry any additional information related to participants' performance on two different memory tasks. In contrast to the PASA theory, these results suggest that increased prefrontal cortex in aging is less specific or less efficient and may underlie age-related cognitive decline. The study instead supports the idea that the extent to which an older brain operates like a younger one is a key determinant of cognitive function in old age.