Excessive drinking during adolescence may interfere with the activity of brain cells needed for sustaining short term memory, according to new research in adolescent male mice published in JNeurosci. The study could help scientists better understand the development of alcohol use disorders in adults. 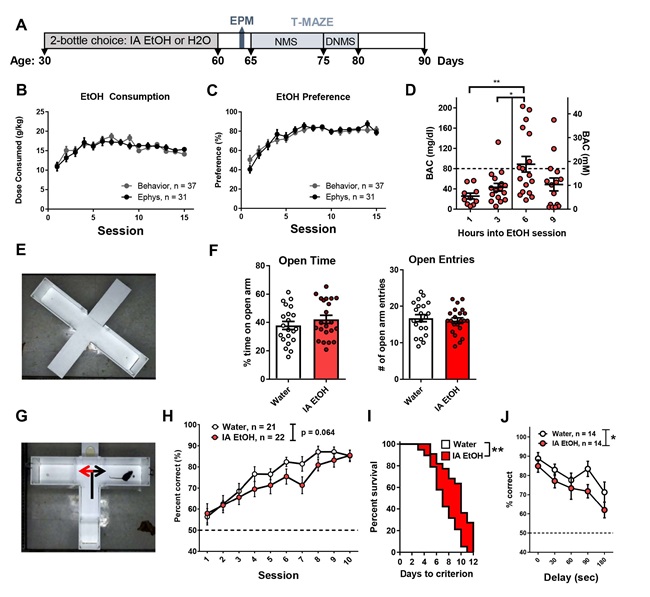 The prefrontal cortex (PFC) and the behavior-management abilities it supports — both of which continue to mature throughout the teenage years — are particularly vulnerable to the effects of heavy alcohol use during adolescence. Teenage binge drinking is associated with reduced PFC activity, cognitive deficits, and later alcohol abuse. Yet, the mechanisms underlying these observations are unclear.

Michael Salling and colleagues found that adolescent mice consuming binge-level quantities of alcohol struggled with a working memory task and showed signs of "front-loading" — excessive alcohol use within the first five minutes of availability — in early adulthood. The researchers also found that adolescent alcohol exposure altered a number of properties of PFC pyramidal neurons, which connect the PFC to other brain areas and are therefore important for the regulation of behavior. These findings linking binge drinking with disrupted PFC-dependent behavior and brain function may ultimately lead to improved treatment of alcohol's negative effects on the brain.