Society for Neuroscience - How Teens Learn About Others

How Teens Learn About Others

Despite their intense interest in other people, adolescents are slower to learn about the preferences of their peers than adults, according to results from a new approach to studying social development published in JNeurosci. 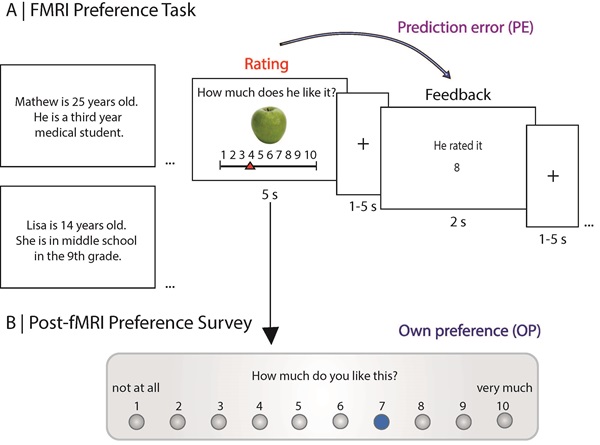 Understanding the mental states of others has been extensively studied in children, yet the development of this theory of mind in teenagers as they transition into the socially complex world of adults and the brain network supporting this ability is not well understood.

In this study, healthy adolescents and adults performed a task in which they learned about a peer's preferences for activities, fashion and food items from a previously conducted survey of individuals not involved in the study. Comparing 13 computational models to explain participants' behavior, Gabriela Rosenblau and colleagues found that both adolescents and adults use a combination of their own preferences and feedback about how their peer actually rated each item to predict their peer's preferences for future items. Adolescents, however, were less accurate in predicting their peer's preferences and had lower learning rates than adults. Ongoing development of the fusiform cortex and medial prefrontal cortex during adolescence may underlie these differences.