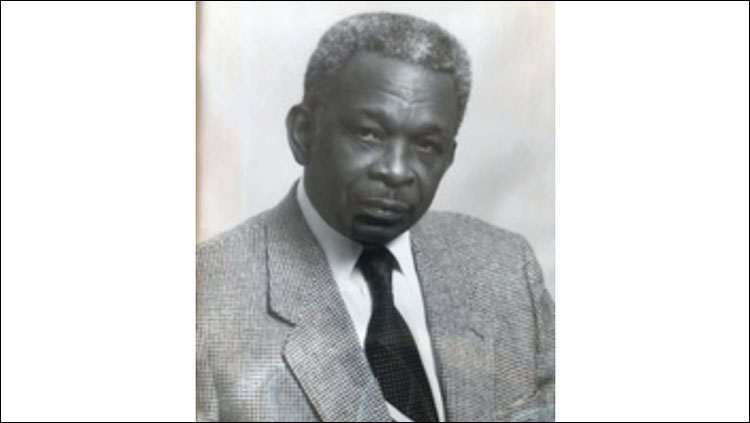 Cloyd Ovid Trouth, M.D., PhD,  passed away on January 20, 2022. He was an Emeritus Professor of physiology and biophysics at the College of Medicine and graduate professor in the Graduate School of Arts and Sciences at Howard University. Trouth was a great mentor and colleague, and he is missed by so many who had the opportunity to have worked and interacted with him.

Trouth earned his BS in biology from Wilberforce University in 1956. He received his medical education first in Leuven, Belgium, and then his MD from Johann Wolfgang Goethe University, Frankfurt am Main, West Germany in 1967. From 1965 -1967, he did his internship at the Runderoth Hospital, Runderoth, Germany. Trouth took a leave from Runderoth Hospital and joined as a lecturer and researcher to work with distinguished scientists at the department of physiology Ruhr University in Bochum, Germany. His area of research focus was on localization of CO2/pH respiratory chemoreceptors in the brainstem. He described the region which was later coined as the ventral brainstem CO2/pH chemosensitivity. He served as an assistant professor in the department of physiology at University of the West Indies Mona, Jamaica, from 1971-1974. Later, he served as a professor with his subject matter expertise in neurophysiology and respiratory physiology in the department of physiology and biophysics from 1974-2006.

During his tenure at Howard University, he trained and served as a scholar and mentor to many students and junior faculties, many of whom have become successful physicians, and professors in various institutions of higher learning. He fervently supported junior faculties and students to further their academic achievements, scientific development, and career. Trouth was extremely instrumental in securing funds to assist students for their education to further their scientific development, such as setting up the Specialized Neuroscience Research Program (SNRP) and Society for Neuroscience Minority Neuroscience Fellowship Program.

Trouth was an internationally recognized physician-scientist, served as an editor of several professional journals, and was a member of several professional organizations. He has also served on several international, national, and local committees.  He also served as an external examiner in physiology, anatomy, and biochemistry at medical school in Jamaica, Trinidad, and India. Trouth retired from Howard University on December 31, 2006.

Trouth's  generosity, vast scientific acumen, knowledge, intellectual prowess, commitment, and dedication toward his students to strive for excellence is a great loss to all who had the opportunity to have worked and interacted with him. He will be sorely missed. He is survived by his wife, children, grandchildren, sister, nephews, and nieces.