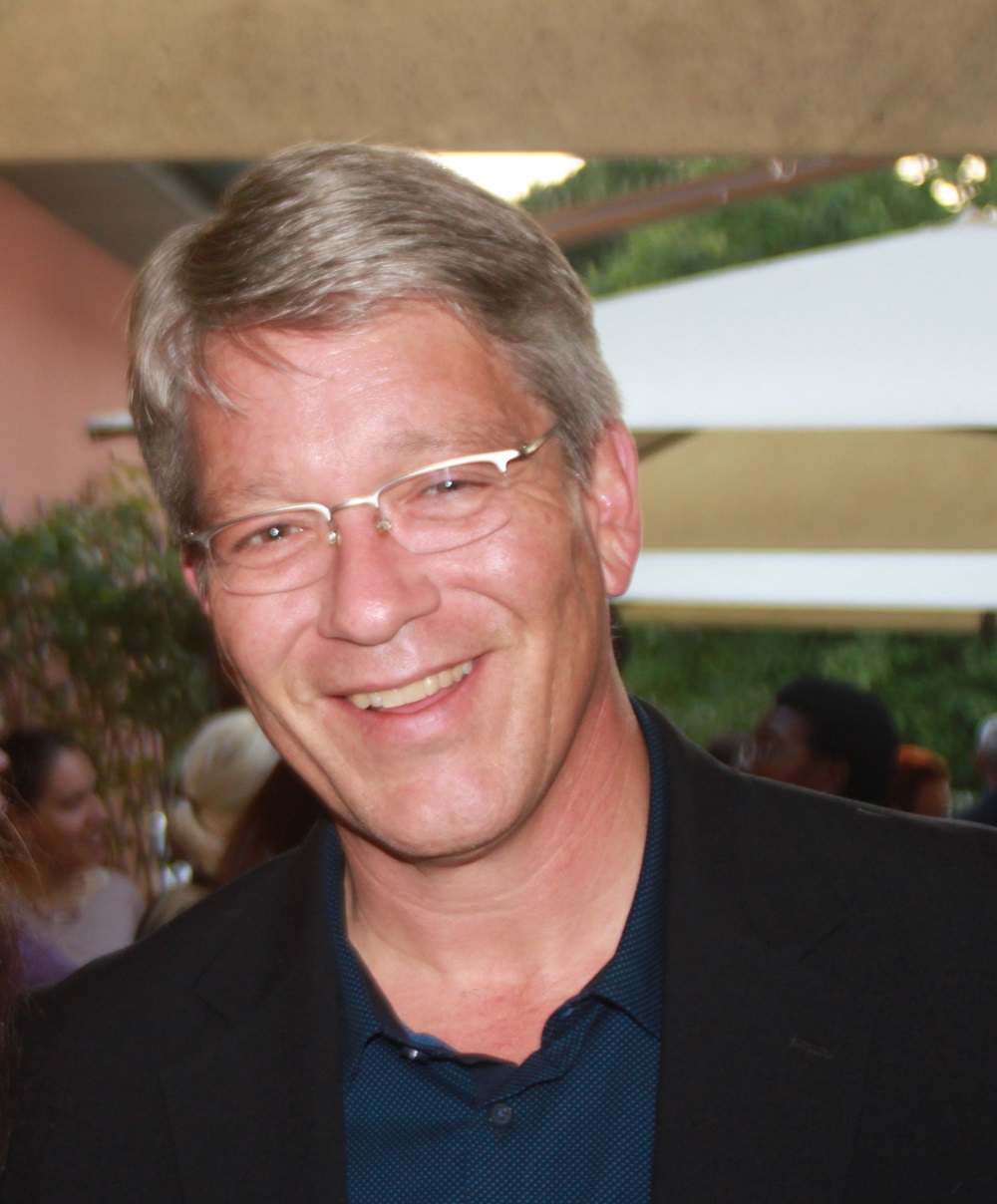 It is with profound sadness that we announce the passing of Professor Loren (Larry) Parsons of the Committee on the Neurobiology of Addictive Disorders (CNAD) at The Scripps Research Institute on June 21, 2016. Professor Parsons was a brilliant neuroscientist, a dynamic leader in CNAD and a wonderful, well loved human being. He was Director of both the TSRI NIAAA Alcohol Research Center and TSRI NIAAA T32 post-doctoral training grant. Dr. Parsons was recruited to TSRI in 1992 where he developed a spectacular research program and has made seminal contributions that will remain his legacy.

Dr. Parsons had an active, highly productive, and innovative research program focused on the functional neurocircuits in the brain that underlie addiction and other psychiatric pathologies. Early in his career he developed a method for quantitative in vivo microdialysis where he showed that a measure of in vivo neurotransmitter recovery (or the “extraction fraction”) is a viable index of clearance rates that has proven useful for the characterization of drug- or genetically induced alterations in neurotransmitter turnover. Dr. Parsons went on to exploit the microdialysis technique to test novel hypotheses regarding motivational function. Through the combined use of in vivo microdialysis and behavioral and neuropharmacological techniques, his early work characterized the role of serotonin and its signaling via serotonin-1B (5-HT1B) receptors in the ventral tegmental area, nucleus accumbens, and ventral pallidum in the rewarding actions of cocaine and ethanol.

Dr. Parsons embraced a heuristic framework for the etiology of addiction that follows a trajectory from intermittent drug use motivated by hedonic effects to more frequent episodes of excessive drug intake that ultimately lead to a state of dependence, in which drug consumption is motivated by negative reinforcement (i.e., self-medication or the “staving off” of the negative consequences of withdrawal). Distinct neurobiological mechanisms are thought to contribute to these stages of the addiction cycle, and Dr. Parsons made the seminal discovery that repeated intermittent drug exposure dysregulates endocannabinoid signaling in a manner that contributes to excessive and compulsive forms of drug consumption. For example, he demonstrated that nicotine-induced formation of the endocannabinoid 2-AG in the ventral tegmental area is sensitized following chronic nicotine exposure. This aberrant 2-AG signaling reduces inhibitory GABAergic signaling at ventral tegmental area dopaminergic synapses, resulting in enhanced dopamine cell excitability and excessive dopaminergic responses to nicotine. Importantly, he has shown that selective inhibition of 2-AG biosynthesis restores the GABAergic restraint of dopamine cell excitability, diminishes nicotine-induced activation of the mesolimbic dopamine projection, and reduces nicotine self-administration. Dr. Parsons has provided similar insights into the mechanisms through which endocannabinoids modulate the rewarding effects of opiates, alcohol, and cocaine, and he is presently extending his evaluations of this stage of the addiction cycle to include animal models of commonly occurring genetic polymorphisms that are associated with problematic drug use and dependence in humans.

Even more compelling was Dr. Parsons’ seminal demonstration that endocannabinoid signaling in stress-responsive brain circuits is blunted during protracted drug withdrawal. Through a series of in vivo neurochemical and behavioral studies, he clearly showed that withdrawal-related deficiencies in endocannabinoid signaling constitute a breakdown of a critical homeostatic mechanism that constrains behavioral and physiological responses to stress. In particular, he demonstrated that alcohol dependence is associated with robust and persistent increases in the hydrolytic clearance of 2-AG that prevents stress-related elevations in 2-AG signaling that normally contribute to coping mechanisms that stabilize affective state. Attenuation of excessive 2-AG clearance by administration of selective monoacylglycerol lipase inhibitors (MAGL is the primary enzyme mediating 2-AG hydrolysis) potently diminishes withdrawal-related excessive anxiety and related neurochemical events and reduces withdrawal-induced excessive alcohol consumption. Importantly, Dr. Parsons has shown that doses of MAGL inhibitors that effectively attenuate these symptoms of alcohol dependence do not induce behavioral disruptions in nondependent subjects. Current studies in the Parsons laboratory are investigating whether binge patterns of drug consumption evoke similar endocannabinoid disruptions, and they are probing the influence of impaired endocannabinoid signaling in the excessive motivational effects produced by drug-associated conditioned cues.

Finally, Dr. Parsons embarked on a series of studies to characterize the neural mechanisms that underlie persistent cognitive impairments, including excessive impulsivity and impaired cognitive flexibility, that are associated with long-term drug use. He made the seminal observation that repeated cycles of alcohol or 9-THC intoxication and withdrawal result in progressive increases in impulsive action and impulsive choice, reflecting impaired prefrontal cortical function. These cognitive impairments were evident only after several cycles of intoxication and withdrawal, are more pronounced during protracted abstinence, and were alleviated by renewed drug exposure but re-emerge during subsequent periods of withdrawal. These results demonstrate robust functional dysregulation that corresponds to the third stage of the addiction cycle (craving) and parallel emerging findings from functional imaging studies in human addicts. Importantly, these studies provide the foundation for the in vivo characterization of the mechanisms that contribute to drug-induced cognitive impairments that will greatly facilitate the design and testing of therapeutic interventions to ameliorate excessive impulsivity that sabotages attempts at prolonged drug abstinence. As such, Dr. Parsons’ hypothesis of GABA and glutamate dysregulation driven by functional changes in endocannabinoid influence was highly innovative and has very high translational potential for clinical studies of addiction in humans.

Dr. Parsons is clearly internationally recognized for his research. Based on his work that characterized endocannabinoid mechanisms in drug dependence, he was selected to give the Plenary Lecture at the 2009 meeting of the International Cannabinoid Research Society and the Keynote Lecture at the 2008 Annual Neuropsychopharmacology Symposium at Vrije University Medical Center in Amsterdam. In 2012, Dr. Parsons received a funded visiting professorship position at the Institute of Neuroscience at the University of Cagliari in Italy. Applications for these visiting professorships are not commissioned. Rather, candidacy for these professorships results from independent nominations from university faculty, and the final selection of the visiting professors is competitive across all domains at the university. Dr. Parsons gave many invited presentations at professional meetings and universities abroad, including a 2009 invited lecture in Jerusalem in a symposium that featured and honored Dr. Raphael Mechoulam, who is known for the initial identification and characterization of 9-tetrahydrocannabinol (the main active constituent in cannabis) and the endogenous cannabinoids anandamide and 2-arachidonoyl glycerol (2-AG). He was commissioned for several international advisory activities, including a research program site review at the National University of Ireland (commissioned by the Science Foundation of Ireland) and grant reviews for the Medical Research Council in the United Kingdom, the Agence Nationale de la Recherche in France, and the Wellcome Trust in the United Kingdom. He has served on faculty promotion committees in Canada and Ireland and a Ph.D. thesis committee in The Netherlands. He has served as mentor for a Fulbright Visiting Scholar from Italy (e.g., a competitive award granted by an Italian review committee that heavily considers the quality and stature of the mentor and host laboratory).

Dr. Parsons has been a strong contributor to departmental activities at The Scripps Research Institute and has shown significant leadership capabilities with his collegial interactions and many collaborations. He has been the Principal Investigator of two Shared Instrumentation awards from the National Center for Research Resources (2001 and 2011) for the purchase of mass spectrometry systems. Indeed, Dr. Parsons took a leading role in developing analytical methods for quantifying these and other neuroactive substances in biological matrices. These instruments have formed the foundation for the biochemistry cores of two NIH Centers of Excellence (the NIAAA-funded TSRI Alcohol Research Center and the National Institute on Drug Abuse [NIDA]-funded Scripps Center for Cannabis Addiction Neurobiology) and have directly supported other ongoing projects at TSRI (the Methamphetamine NeuroAIDS Research Program, NIDA-funded projects on immunopharmacotherapy [Taffe and Janda laboratories], a project with Dr. Steve Poceta to measure human lumbar cerebrospinal fluid in Parkinson’s patients with Restless Leg Syndrome, and a U.S. Army grant), as well as assisting non-TSRI collaborators from The Sanford-Burnham Institute, The Salk Institute, and elsewhere.

Dr. Parsons is an excellent teacher and mentor and has trained eleven postdoctoral fellows who have gone on to either lead independent laboratories at universities in the United States, France, and Spain or pursue successful careers in the pharmaceutical industry. A former predoctoral trainee is presently engaged in postdoctoral studies at Stanford University. He leaves behind four postdoctoral fellows and one graduate student and two Senior Research Technicians. He has been a faculty member in the Kellogg School of Science and Technology at TSRI since 2009 and has contributed to courses in the Departments of Pharmacology and Neurosciences at UCSD for many years. He has had active ongoing collaborations with a number of TSRI investigators in our department (Marisa Roberto, Barbara Mason, and Michael Taffe), in other TSRI departments (Ben Cravatt, Kim Janda, and Steve Poceta), and at other institutions. Dr. Parsons chaired the Neuroscience Affinity Group at TSRI for several years and helped invite a stellar group of speakers to the Affinity Group lecture series during this time.

Dr. Parsons was highly esteemed by his peers and colleagues. He was a standing member of the AA4 Study Section, previously he was on Neurotoxicology and Alcohol (NAL) committee at the NIH CSR, chaired a CSR Special Emphasis Panel, and has provided ad hoc service on more than 20 CSR review panels. He was elected to full membership in the American College of Neuropsychopharmacology, a highly prestigious organization where membership is by competitive election only. He has published extensively in high-quality, peer-reviewed journals, including Nature, Nature Neuroscience, Nature Chemical Biology, Journal of Neuroscience, Proceedings of the National Academy of Sciences USA, and Biological Psychiatry.

Finally, Dr. Parsons has made prodigious contributions to the neurobiology of addictive disorders. His research program has provided innovative, seminal discoveries in the field of neuropharmacology, including characterization of the roles of endocannabinoids in the reinforcing effects of abused drugs and, more importantly, the involvement of dysregulated endocannabinoid function in the neuroplastic events that contribute to the pathology of addiction. Dr. Parsons had a unique talent to link novel approaches in analytical chemistry with sophisticated techniques in behavioral pharmacology and neurocircuitry, and this approach opens the door to novel, out-of-the-box studies of brain mapping that are recognized as the key to new advances in our understanding of the circuitry of the brain, a major new initiative of the National Institutes of Health. The only solace one can gain from recounting a life cut prematurely short is that his legacy and contributions will live on from his mentorship of students and colleagues for which we are incredibly grateful.