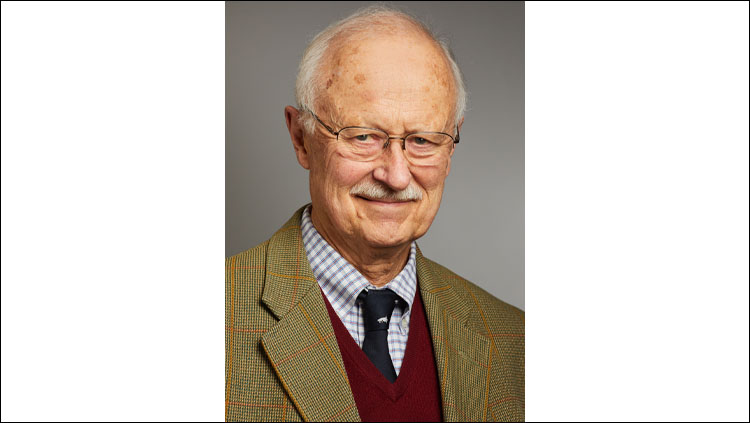 Gordon Murray Shepherd, MD, DPhil, professor emeritus in the Department of Neuroscience at Yale School of Medicine, passed away on June 9, 2022, after a short hospitalization at the age of 88. He was a major and passionate contributor to our knowledge of brain synaptic organization, and the mechanisms of olfaction in particular.

His education included a bachelor’s degree from Iowa State, an MD from Harvard, and a PhD from Oxford in physiology. After brief research roles at National Institutes of Health (NIH), Karolinska Institute, and Massachusetts Institute of Technology (MIT), he joined the Yale faculty in 1967, making continuous contributions to neuroscience at Yale and beyond from then onwards. His fascination with the functional organization of the olfactory system started with his doctoral thesis. His work was instrumental in defining the neural organization of the olfactory bulb including the glomerular interactions of granule and mitral cells. He employed electrophysiology, optical imaging, and MR imaging modalities to delineate circuit function during olfaction. Indeed, his analysis of olfaction helped create an appreciation of microcircuits as a dedicated unit of brain function. This translated into his interest in neuroinformatics and his creation of the SenseLab website. He also played a central role in founding the field of neurogastronomy. Through five editions, his immensely influential and popular book, Synaptic Organization of the Brain, highlighted the role of local circuit function in relation to brain function.

His numerous scientific awards included the Lifetime Achievement Award from the Cajal Club, the John V. Atanasoff Discovery Award, the Stanley K. Freeman Award from the AChemS, and a Javits Neuroscience Investigator award from the NIH. He was a member of the American Academy of Arts and Sciences, a fellow of the American Association for the Advancement of Science, and the recipient of four Honorary degrees.

In all activities, Gordon’s passion to understand the workings of the brain shone through. With deep conversation and perceptive questioning, he sought to engage our entire community in his mission to understand microcircuit organization and function. In so doing, he elevated the advancement of neuroscience for all. His perceptive insights, generosity, and integrity will be sorely missed.