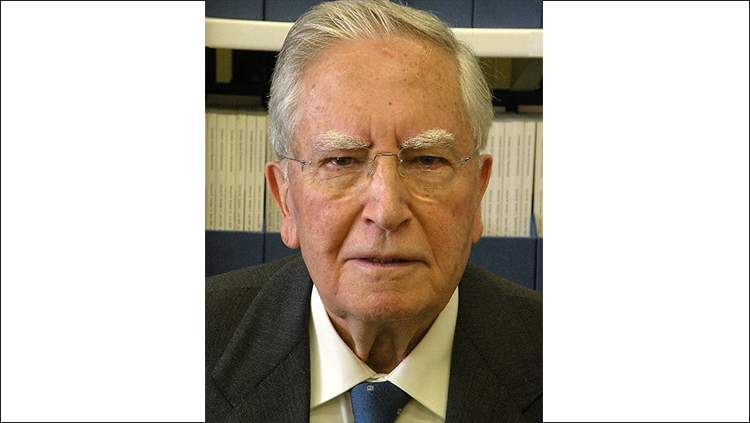 Fernando Reinoso-Suárez, medical doctor and scientist, passed away in Madrid, May 5, at 92 years of age. He was at the time Emeritus Professor at the Autónoma University of Madrid, an institution that he helped create (he was its first Vice-Rector of Research), and in which he had been Professor of Anatomy and Neuroscience since 1969. He was an inspired teacher, mentor and researcher who modernized the training of medical students in anatomical sciences, helped organize and revolutionize the Medical School’ curriculum, including extensive integrated training in Neurobiology, and directed over 50 PhD Theses on a variety of neuroscientific matters. With a profound knowledge of neuroanatomy, Dr. Reinoso incorporated every new technique that has been behind the extraordinary advancement of this field along the last decades of the XXth century. In parallel, by combining EEG recordings with anatomical techniques he contributed remarkable advances to our current knowledge of the neural structures and circuits responsible for the regulation of the sleep-wake cycle. As one of the Society for Neuroscience's earliest foreign members, he was the first President-Elect of the Spanish Society for Neuroscience, which was born thanks in great measure to his contagious faith in promoting a multidisciplinary approach for understanding the nervous system, in his home country. His awards included the prestigious Spain’s Great Cross of Alfonso X El Sabio, the National Award of Research, the Santiago Ramón y Cajal Award of the National Research Council, and the Jaime I Award for Basic Research. Fernando Reinoso was a devout Catholic, who had no problems whatsoever in reconciling his solid faith with a remarkable openness in the discovery of Nature. He was supportive and kind with his students and young colleagues, sparing no effort to help them bloom. A people man, and a family man, who had his wife and many children and grandchildren as his best prize in life. Don Fernando. you will be missed dearly.