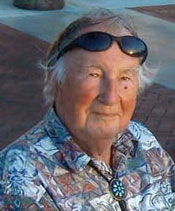 The history of science has always been dominated by a small number of individuals who due to the fortunate combination of sharp intelligence and charismatic leadership opened new vistas to unforeseen developments and discoveries. Igor Klatzo was one of these. A descendant of noble Russian and Hanseatic families, he was born 1916 in Saint Petersburg. During the Russian revolution, his family escaped to Vilnius, Lithuania, where he received a classical humanistic education, which had a profound influence on his later scientific and social thinking. After graduating from the Vilnius Gymnasium, he attended the Medical School of the local King Stefan Batory University and stayed there until the outbreak of the Second World War in 1939. Caught by the turmoil of the Baltic invasions, he served--among others--as a medical doctor in the Polish Underground Army, and luckily succeeded to survive the perils of this hostile time.

After the war he moved to Germany where he hoped to continue his medical training. Inspired by Maximilian Rose, a prominent neurologist and psychiatrist at the Vilnius University and former department head at the famous Kaiser-Wilhelm-Institute for Brain Research in Berlin, he visited Oskar and Cecile Vogt, the founders of this institute, who after their dismissal by Hitler directed a private research facility in the Black Forest in Southern Germany. It was here that he became infected with the virus of neuroscience, an infection, which accompanied him unmitigated until his retirement half a century later. Oskar and Cecile Vogt introduced the young man into basic neuroscience, notably the relationship between cytoarchitecture and brain function and the concept of pathoclisis, and in December 1947, they were instrumental in his obtaining the degree of Doctor of Medicine from the Albert-Ludwig University in Freiburg, Germany. Subsequently, a recommendation letter from Oskar Vogt to Wilder G. Penfield, Director of the Montreal Neurological Institute (MNI) in Montreal, Canada, permitted Klatzo to move to Canada in the spring of 1948. At the MNI, Klatzo worked with Wilder Penfield (until 1952) and subsequently with G. Lyman Duff at the Pathological Institute of McGill University (1952-1954). In 1952, he obtained an MSc degree from this University, and he also received an Allan Blair Memorial Fellowship, awarded by the Canadian Cancer Society. This award permitted Klatzo not only to enrich his knowledge of neuropathology, but also to familiarize himself with the life, customs, and culture prevailing in the United States, Mexico, and various European countries. In 1956, he was appointed as Head of the Neuropathology Section, Branch of Neurosurgery, National Institute of Neurological Diseases and Blindness [later named the National Institutes of Neurological Disorders and Stroke (NINDS)], at the National Institutes of Health (NIH) in Bethesda, Maryland. Ten years later he was promoted to Chief of the Laboratory of Neuropathology and Neuroanatomical Sciences, NINDS, NIH, where he remained until his retirement in 1994.

The atmosphere at the NIH provided a fertile soil for an independent free-spirited scientist, like Klatzo, to conduct a variety of investigations concerning mainly the pathophysiology of central nervous system diseases. In the late 1950s, in collaboration with Daniel Carleton Gajdusek, he described the pathology of Kuru disease, suggesting the similarity of the observed histological changes in the brain to those seen in Creutzfeld-Jakob disease. This original perception greatly contributed to studies involving a new type of slow virus disease for which Gajdusek received the Nobel Prize in 1976. Another notable achievement was the induction of cerebral neurofibrillary degeneration by aluminum, which is rightly considered as one of the first experimental studies of Alzheimer's disease. Klatzo's most widely known research endeavors involved his studies of the Blood-Brain Barrier (BBB) and the Blood-Cerebrospinal Spinal Fluid Barrier (BCSFB). Actually, he was a pioneer in this field, and he proposed a novel concept of the formation and development of brain edema, designating it as "cytotoxic and vasogenic edema." This basic classification continues to be used to this day.

In the early 1970s, Klatzo established the first basic neuroscience initiative to study brain ischemia within the NIH intramural program. In developing new animal models of brain ischemia, his seminal findings represented the first systematic studies of the pathomechanism of this disease process. The dependence of BBB disruption on the degree of ischemic insult and the ischemic biphasic induction of increased BBB permeability had considerable clinical ramifications. Other studies on the dynamics of the pathophysiological response occurring during brain ischemia/reperfusion led to the establishment of a new phenomenon, which was coined "Maturation Phenomenon." Klatzo's team was also one of the first to notice that short-term ischemia protects against later more severe ischemia in the brain--a phenomenon that underlies ischemic tolerance.

Among Klatzo's professional accomplishments were numerous publications (over 200 peer-reviewed papers, numerous book chapters, and a remarkable biography of his early mentors, Cecile and Oskar Vogt), as well as many awards and honors. In 1965, he received the Weil Award presented by the American Association of Neuropathologists for the best scientific contribution given at the annual meeting of the association. In the same year, he was chosen as the president of this society. Klatzo's scientific appointments included visiting professorships in Sweden and Israel, memberships on editorial boards of prestigious journals, and chairmanships at symposia all over the world. He was also a co-organizer of many scientific meetings and served as co-editor of numerous published proceedings and books including Brain Edema, Pathophysiology of Cerebral Energy Metabolism, Cerebral Transport Mechanisms, Pharmacology of Cerebral Ischemia, Neurotransmitters in Cerebral Coma, and Maturation Phenomenon in Cerebral Ischemia.

In 1990, Klatzo was the recipient of the Nikolaus Copernicus Medal from the Polish Academy of Sciences for his contributions to the Polish Sciences. In 1993, he was awarded the degree of Doctor Honoris Causa at the University of Poznan in Poland. He was a member of the American Association of Neuropathologists, the Society of Neuroscience, the International Society of Cerebral Blood Flow and Metabolism, and a Fellow of the Stroke Council at the American Heart Association.

Klatzo will be remembered for his visionary contributions to neuroscience, but also for his colorful style of life. His favorite principle was Kalókagathia, the ancient Greek amalgation of beauty and rightness. For him, this principle reflected the harmony between serious scientific research and the pleasures to enjoy the beauties of life, be it sport, art, music, travel, or gourmet food. At the age of 80 years, he still enjoyed wind surfing and tennis, and up to his nineties, he spent the winter in his mobile home at a camping resort on the Florida Keys from where he had a free look on the ocean.

On May 5, 2007, Klatzo passed away at his home in Montgomery Village, Maryland. His memory will be cherished by all who had the privilege to be close to him.

My memories of Igor Klatzo are of a larger-than-life figure with an even larger-than-that sense of humor. His laughter could flood an entire room with cheer, and my only tense moments with him involved a slightly frightening drive from his lab at the NIH to a nearby restaurant in his tiny subcompact stuffed to the hilt with 4 of his colleagues. In his later years, he traded in his subcompact for an RV, and drove that around with equal zest, though considerably less speed. His enthusiasm for science was surpassed only by his enthusiasm for life. I will miss the twinkle in his eye. -Susan Croll

Igor Klatzo's love of life can only be rivaled by his love of music and the arts. I remember Igor coming into our car dealership looking for a new vehicle (to replace his compact SUV) that would allow him to select any selection of classical music on demand at any time. He was very specific on the color of his new vehicle too. It had to be Gold because when he explained the marvels of his new vehicle to his daughter in Chicago, she commented that this vehicle "must be like Gold"! It is a comfort to know that Igor lived out his last days on this earth surrounded by the things that he loved. -Andrew Russo