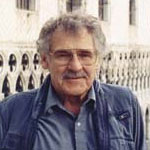 Frank Morrell was one of the 26 co-founders of the Society for Neuroscience. His participation in this pioneering effort is characteristic of the way in which he remained at the forefront of the scientific Zeitgeist throughout his productive career. Morrell received his undergraduate and medical degrees from Columbia University, went on to a residency in Neurology at Montefiore Hospital in New York, went to London as a Fellow at National Hospital, Queen Square, returned to Montefiore Hospital as Chief Resident in Neurology, and in 1952 became a Fellow in Neurophysiology in Herbert Jasper's laboratory at the Montreal Neurological Institute. In Montreal he received a Masters of Science degree in Neurophysiology. His first faculty appointment was in the Department of Neurology at the University of Minnesota Medical School. He moved to Stanford University in 1961 and took the position of Professor and Chair of the Department of Neurology when in his mid-thirties.

Frank Morrell's work on neural plasticity was inspirational to several generations of neuroscientists. For more than 40 years his pursuit of answers to basic questions about how the brain changes with experience enriched the field. As a young scientist in the 1960s he contributed to several of the earliest compilations of classics in this field, including Brazier's edited book from the Josiah Macy Foundation Conference on "The Central Nervous System and Behavior" (1958), Delafresnaye, Fessard, and Konorski's book from the "CIOMS Conference on Brain Mechanisms and Learning" (1961), and F. O. Schmitt's "Molecular Specificity and Biological Memory" (1961) as part of the MIT Seminar Lecture Series in Neuroscience.

Frank Morrell believed that epilepsy might be a dramatic example of plastic mechanisms gone awry. He proposed that at least some of the altered reactivity of brain tissue observed in epilepsy may develop as a result of mechanisms similar to those that underlie normal information storage. Consistent with this idea, Morrell and Naquet (1956) used conditioning procedures to show that seizure events themselves could be conditioned to a variety of sensory stimuli. Morrell is probably best known, however, for his work on the mirror focus and the secondary focus phenomena (Morrell et al., 1959; Morrell, 1985). If ethyl chloride spray is applied to a small area of the rabbit, cat, or monkey cortex, epileptogenic lesions are produced at that site, but after several days, the homologous area of the contralateral cortex begins to show evoked responses to the epileptic spikes in the primary focus. Eventually independent epileptiform activity develops in the secondary focus (Morrell, 1960). Sectioning the corpus callosum before or within 24 hours after the application of ethyl chloride prevented the development of the mirror focus. For obvious reasons, Morrell regarded this mirror focus phenomenon as a possible analogue for the learning process (Morrell, 1961).

Frank's earliest work on central mechanisms of inhibition and experimentally-induced epilepsy foreshadowed the development of the "kindling" model, and even then he was tracking both the physiological and morphological changes induced by experience. It is Morrell's early insights into how the nervous system can be modified by experience, and his early appreciation of the deep fundamental relationship between epileptogenesis and the mechanisms of learning, that is most recognized by the neuroscience community interested in brain plasticity.

There is another side of Frank Morrell's accomplishments that may not be as widely appreciated by neuroscientists, but that is equally impressive. Over the past decade there has been a concerted effort to train, nurture, and inspire physician-scientists who truly epitomize the aphorism "from bench to bedside, bedside to bench". Frank Morrell's career is a perfect example of how this concept can, indeed, be embodied in a single individual. In the late 1960s Frank developed a surgical procedure for medically intractable, focal epilepsy, inspired by his compassion for his patients, and his quest to improve methods for treatment of epilepsy. This procedure, called "multiple subpial transection", arrests epileptic activity in areas in which excision would be functionally incapacitating to the patient. Morrell was able to see the solution to this devastating problem through insights gained from his investigations of epileptic cells in animals, combined with an appreciation of the principles of cortical connectivity emerging at that time from the laboratories of, for example, Mountcastle, Hubel, Weisel, and Asanuma. This involved the concept of the vertically oriented cortical column, and the way in which input and output pathways course though these columns. Although the procedure was not published until relatively recently (Morrell et al., 1989), it is in wide (and successful) use around the world today. It was always more important to Frank to be correct, and thorough than to be fast to press.

A more recent success with this surgical procedure was Morrell's application of it to treatment of acquired epileptic aphasia or verbal auditory agnosia (Landau-Kleffner syndrome) in children. With the subpial intracortical transection method, function in sensitive language areas is preserved, but the ability of the tissue to generate seizures is eliminated. Following surgery, language returns, even in children that had been mute for over 2 years (Morrell et al., 1995). Many neuroscientists aspire to contribute, at least in some small way, to advances in human health and productivity. Frank Morrell met this particular challenge face on, and was extremely successful in doing so.

Along with his scientific achievements Frank Morrell will be remembered for his warmth, integrity, modesty and collegiality - an example to be emulated by present and future generations. For the people in his laboratory, and his close colleagues in Chicago, especially his wife and scientific collaborator, Leyla deToledo-Morrell, his absence will leave an irreplaceable gap. The rapid and devastating course of Frank's sudden illness, which is believed to have been Creutzfeldt-Jacob disease, has deeply saddened all who knew him. There is some, albeit slight, comfort in knowing that, if Frank were here to counsel us, he would insist that we turn our attention to future discoveries and to inspiring the next generation of scientists. Frank Morrell was an example of how this challenge can be met. The memory of this pioneering neuroscientist will always bring a smile, and inspirational thoughts to mind.

Below is a very small sample of Morrell's work that both establishes his position in the history of this field, and is of continuing scientific relevance today:

Dr. Morrell and Dr. Whistler performed multiple subpial transections on me in 1986 at Rush. I was a resident in Internal Medicine, and he was able to keep me in medicine for 17 years of a fruitful practice. He was truely a great doctor and he will be missed by me and my family forever. -Steven Harris, M.D.

I do not remember Frank Morrell but he has offered me hope where no hope exists, that must surely be the best memorial to any human being, my sister has epilepsy which is incurable by medication and we are fervently hoping that proceedures pioneered by Dr Morrell will restore my sister to her friends and family; a wonderful, warmhearted intelligent woman who's life has been rendered meaningless and unendurable by the loss of the ability to communicate. If all that I have read about Dr Morrell is reflective of his humanity and compassion, he must surely be looking down upon us and wishing us well. -Susan Wilkinson

Dr. Morrell gave me my life back. My surgery was Valentines Day 1980 while I was a Junior in H.S. Other Dr.'s at a prominent Chicago Children's hospital told my parents to take me home and never let me take a shower alone. It was Dr. Morrell & Dr. Whistler who did what no other team could do. Dr. Morrell passed while I was pregnant with my 1st child. In honor of him, the middle name of my son is Morrell. Dr. Morrell made EVERY patient feel like they were his ONLY patient and a part of his family. The world has lost a fabulous Dr. and most importantly a fantastic human being. -Danae K. Weiler