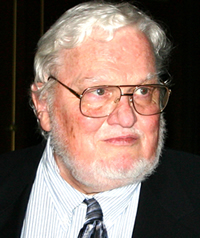 Our dearest friend and colleague, co-conspirator, mentor, Dr. Bruce H. McCormick, passed away on Nov. 30, 2007, in Rio Rancho, New Mexico. He is survived by his wife Molly, and his four children.

Dr. McCormick took his BS in Physics from M.I.T. in 1950, followed by two years on a Fulbright Scholarship to Cambridge University, England. There he studied quantum field theory with Professor Paul Dirac, founder of the field of quantum mechanics and holder of the 1933 Nobel Prize in Physics (shared with Professor Erwin Schroinger). Dr. McCormick returned to the U.S. to take his PhD in Physics at Harvard University in 1955. He then became a Postdoctoral Fellow at Brookhaven National Laboratory.

In 1957 Dr. McCormick accepted a post as staff physicist at the Alvarez Hydrogen Bubble Chamber Group at the Lawrence Berkeley Laboratory. The Chamber Group was led by Dr. Luis Alvarez, who later won the 1968 Nobel Prize in Physics. In 1960 Dr. McCormick began 12 years at the University of Illinois at Urbana-Champaign where he was a professor of physics, computer science, and bioengineering. Afterward, he served as head of the electrical engineering and computer science department at the University of Illinois at Chicago. Dr. McCormick also initiated and directed the ILLIAC III Image Processing Computer project throughout its history and received the then new National Eye Institute's largest grant to develop the first imaging of blood flow and macular degeneracy in the human retina.

In August 2005 Dr. McCormick retired from Texas A&M but continued his research here, exploring and understanding the complexity and scaling properties of the brain's microcircuit structure. He and his wife Molly left College Station for Rio Rancho in August 2007. Dr. McCormick is remembered as an inspiring colleague and a compassionate friend. He held a life-long enthusiasm for interdisciplinary research and for neuroscience in particular, and shared this enthusiasm with the many scientists whose careers he influenced. Dr. Bruce McCormick will be truly missed by all who were fortunate to have known him.