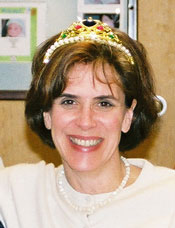 At the time of her premature death from cancer, Ann Kelley was one of the leading behavioral neuroscientists in the world. Her reputation as an eminent researcher and educator was enhanced by her zestful and eloquent talks at conferences and by a stream of beautifully written articles, reviews, and chapters that reflected her vibrant and irresistible personality. Her loss will be especially felt in the University of Wisconsin where she rose to the position of Distinguished Neuroscience Professor, but resonates throughout places she worked, in what was truly an international career.

Kelley came to Cambridge University, England, in the mid-1970s on a prestigious Thouron scholarship from the University of Pennsylvania, as a graduate student with Susan Iversen. She was one of the first batch of women to be admitted to Trinity College - an achievement which made her both proud and amused. Her work with Iversen led to the important discovery of the role of Substance P inputs to the dopamine cells of the ventral tegmental area.

She went to work post-doctorally with Walle Nauta in the other Cambridge, MA in 1979. Kelley's observation there of anatomical connectivity between the basolateral amygdala and the nucleus accumbens was one of her most-cited contributions. The concept that the accumbens was an anatomical interface between motivation and action was a conceptual touchstone for her subsequent research career. Personal circumstances then led her to return to Europe from 1982-1986, gaining tenure at the well-known INSERM Unit, directed by Dr. Michel LeMoal at Bordeaux, France, where she worked with Louis Stinus, while becoming fluent in French.

On returning once more to the US, Kelley became Assistant Professor in Psychology at Harvard University and then took up an associate professorship at Northeastern before personal circumstances again dictated her move to Wisconsin in 1993. She had returned to functional analyses of the striatum via collaborations with a succession of gifted students and post-docs that enabled the mapping of the dorsal and ventral striatum for motor and motivational elements of feeding behavior. She was one of the first to analyze the implications of the sub-division into core and shell sub-regions of the nucleus accumbens. Highlights were her demonstration of a role of NMDA receptors in appetitive instrumental conditioning (1997) and a NIDA Merit Award (2001).

Perhaps Kelley's most significant contribution was the selective coding of consummatory behavior in terms of opioid modulation of neural circuitry, including the shell region of the accumbens and the lateral hypothalamus. This research related the new approaches to the neural basis of motivation which she had partly instigated, back to classical concepts of hypothalamic control, nurtured by her original undergraduate mentors, including Alan Epstein. She became a key figure in the revival of interest in the neural control of feeding behavior and obesity.

She recently reached the pinnacle of a distinguished professional career by being appointed as editor-in-chief of Behavioral Neuroscience, the leading journal of the field, and receiving the accolade of the Society for Neuroscience, Mika Salpeter Lifetime Achievement Award in 2006.

I was very saddened to learn of Ann's passing. Although I had not seen her since our undergraduate days at Penn, I have thought of her often and was not surprised to see her accomplish so much. Her engaging and vibrant personality was infectious and made an unforgettable impact on me. I will continue to carry her memory in my heart. -Ron Kellogg, C'76 Penn