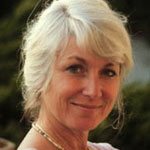 Diane Daly Ralston, Ph.D, an extremely popular professor at the University of California School of Medicine, San Francisco and a skilled researcher who studied primate motor and somatosensory systems, died Wednesday, May 10, 2000, at her home in San Francisco. She was 61 and had been disabled for several months by a brain tumor.

Diane was a dedicated teacher who won many awards for her teaching of medical students, the most recent being the pre-Clinical Teaching Award from the graduating class of 2000, the third time in five years that she had been so-honored by the graduating students. In 1999 she received the Distinguished Service Award from the Department of Neurological Surgery for her teaching of residents in neurological surgery.

Diane Ralston was Associate Professor of Anatomy and of Neurological Surgery at UCSF. Her research was in two major areas: the organization and connections of the primate red nucleus, the subject of her Ph.D. dissertation; and the changes in the nervous system brought on by nerve or spinal cord injuries that lead to chronic pain, the latter in collaboration with her husband Henry J. (Peter) Ralston, MD, professor and former chair of anatomy at UCSF.

Allan Basbaum, PhD, professor and current chair of UCSF's anatomy department, said, "Diane was one of the most skilled neuroanatomists and surgeons, using a range of modern anatomical techniques to probe the damaged circuitry underlying many neurological diseases."

"Her interest was understanding the nerve's connectivity in the central nervous system and how it changes following nerve injury. She integrated basic biology and clinical neuroscience as few others could, and she communicated that interest to her students. She captivated them."

Diane served the Society for Neuroscience through her membership on the Committee on Neuroscience Literacy. She helped to organize the session, "How to Take Neuroscience into the Schools," for the meeting of the Society in Los Angeles in 1998, and had organized and was to have been Chair of that session at the Miami meeting of 1999, but was unable to do so because of her illness.

Born in Jersey City, New Jersey, in 1938, Diane grew up in that city and received the RN from the Mt. Sinai Hospital School of Nursing in New York in 1959. After eight years of the practice of clinical nursing, she became a research assistant in anatomy at Stanford University. She went on to the University of Wisconsin and then joined the UCSF anatomy department in 1973 as a Research Specialist, then receiving a joint appointment as Lecturer in 1991. While she was working at UCSF, Ralston returned to school to earn a BS in Physiology and also a BA in French cum laude at San Francisco State University in 1985. After a successful collaborative research project in the late 1980's at UCSF with Gert Holstege on the organization and connections of the red nucleus, Holstege, Professor of Anatomy and Embryology at the University of Groningen in the Netherlands, recognized the level of independent research that she was carrying out and invited Diane to gain the doctorate degree under his sponsorship. Diane did so and she was awarded the PhD by the Faculty of Medicine in Groningen in 1994. Diane was appointed Associate Professor of Anatomy and of Neurological Surgery at UCSF in 1995.

Diane was a remarkable woman: a talented teacher, a fine scientist, and a loving woman with boundless energy and joy. She loved life and lived every day to the fullest. She was dedicated to her students, and always took time to talk to them no matter how busy she might have been. She was warm and generous and compassionate, and the love that she gave to so many people was returned to her in many ways, particularly during her illness when she needed the love of others the most. Although she had a debilitating illness, she faced the disease with great bravery and strength and never complained about her misfortune.

Diane is survived by her husband Peter, two daughters, Rachel Ralston Baxter, and Amy Sue Ralston Reynolds, and two granddaughters. A public celebration of Diane Daly Ralston's life was held at UCSF on June 29, 2000, with the participation of many of her students, friends, faculty colleagues and her family.

Please make checks out to: The UCSF Foundation, and mail them to: