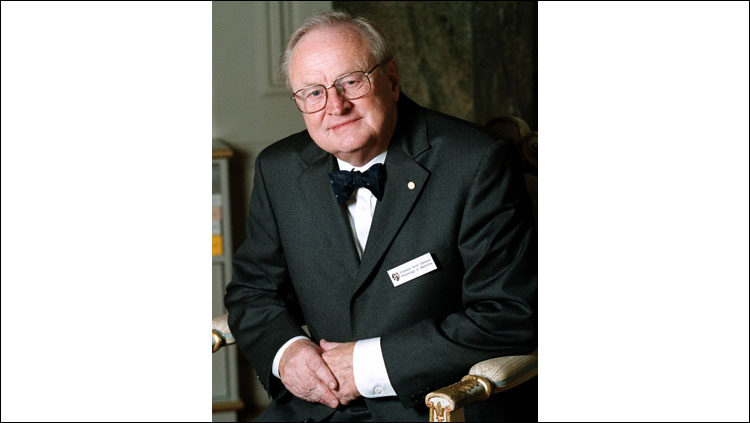 Arvid Carlsson, a Swedish pharmacologist whose research on chemical signals in the brain resulted in a leading treatment for Parkinson’s disease and earned him a Nobel Prize, died June 29, 2018 in Gothenburg, Sweden. He was 95.

The Sahlgrenska Academy at the University of Gothenburg, where Carlsson had served on the faculty since 1959, confirmed the death but did not give a cause.

Carlsson shared the 2000 Nobel Prize in physiology or medicine with Paul Greengard and Eric Kandel, scientists who independently studied the molecular underpinnings of the brain, in particular the ways neural signals affect memory, mood and movement.

Their research helped resolve a debate over whether signals in the brain were transmitted mainly through electricity, as was previously believed, or through chemicals known as neurotransmitters.

The third of four children, Arvid Carlsson was born in Uppsala, Sweden, on Jan. 25, 1923. The family moved to the university town of Lund after his father, a historian, was offered a teaching post; his mother focused on raising the children but later became a noted scholar of women’s legal status in the Middle Ages.

In part to separate himself from his humanities-oriented family, Carlsson decided to study medicine and pharmacology, and enrolled at the University of Lund two years after the outbreak of World War II.

Carlsson married Ulla-Lisa Christoffersson in 1945. His daughter Maria Carlsson eventually worked as his laboratory manager. “Without her commitment,” Carlsson told Sahlgrenska Academy on his 90th birthday, “I would have been an ordinary pensioner today.”  Carlsson retired as a professor emeritus in 1989.

In addition to his wife, survivors include four children, 12 grandchildren and seven great-grandchildren. Carlsson’s youngest son, Magnus, died in 2015.

In addition to the Nobel, he received medical honors including Israel’s Wolf Prize in 1979 and the Japan Prize in 1994.