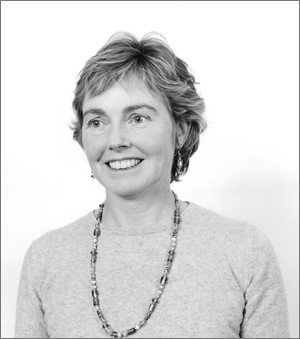 With the passing away of Professor Allison Doupe on Friday, October 24, of cancer, UCSF and biomedical science have lost a scholar of extraordinary intelligence and erudition and a campus leader.  Allison Doupe was a psychiatrist and systems neuroscientist who became a leader of her field, the study of sensorimotor learning and its neural control.

Allison was recruited to the Departments of Psychiatry and Physiology and the Neuroscience Graduate Program in 1993, rising to Professor in 2000. Her academic career has been outstanding at every stage, including First Class Honors at McGill, an MD and PhD in Neurobiology from Harvard, and a prestigious Junior Fellowship from the Harvard University Society of Fellows. Her PhD work with Professor Paul Patterson definitively established the role of particular environmental factors in the development of autonomic neurons and was important in the molecular and cellular investigations of the roles of hormones and growth factors in that system. After internship at the Massachusetts General Hospital and residency in psychiatry at UCLA, she chose to study song learning in birds with Professor Mark Konishi during her postdoc at Caltech, as a way of combining her clinical interests in behavioral development with research into related issues of cognitive neuroscience.

The development of birdsong is in many important respects similar to language development in humans. The pioneering work of Peter Marler (on song sparrows in Golden Gate Park) showed that each baby songbird learns its father’s dialect but could readily learn the dialect of any singing bird of the same species placed in the role of tutor. Many birds, including the ones studied by Allison Doupe, learn their song by listening to their father sing during a period of life in which they are not themselves singing, and they later practice and perfect their own song by comparison with their memory of the father’s (or tutor’s) song.

Allison was a leader in expanding the study of birdsong from its ethological roots to its present state as a central model system of neurobiology. Her work illuminated our understanding of how particular neurons in the forebrain of songbirds allow the young bird to learn its individual song from a tutor. She pioneered the analysis of how the bird analogue of cortical basal ganglia interaction permits imitative learning and refinement of a skill, discovering neurons that selectively respond to the sound of the bird’s own song. She and the members of her laboratory revealed the neural underpinnings of a dramatic effect of social context, in which the bird’s basal ganglia-like structure generates the variation in performance that is needed for improvement during practice sessions but lets the bird sing perfectly stereotyped renditions in the presence of a potential mate. In her hands and those of her students, the birdsong system has become a productive model for understanding many aspects of precise sensorimotor control and its development.

Allison was a terrific mentor for students and fellows, inspiring them not only with her scientific vision and rigor but also with her kindness and humanity. A tireless leader and doer, she was always more concerned about others than herself. She was a beloved role model for women in neuroscience. In the past few years, she became the acknowledged leader of systems neuroscience at UCSF. She was a major force in the design and construction of the Sandler Neuroscience Building and in the development there of a community of science.

Allison also played an important role in integrating the Department of Psychiatry's activities with those of the Neuroscience Program. In recent years she served as head of the committee that advised the Department Chair about basic research activities and as Chair of a Search Committee to recruit new junior faculty in this area. For many years she worked in the Women's Mood and Hormone Clinic where she served as the Assistant Director. Her ability to think deeply about hormone effects on the female brain informed her clinical skills with psychiatric patients. Faculty, medical students, psychiatric residents and patients revered her skills and warmth as a doctor.

Allison’s scientific contributions were recognized by many awards both to her and to her students. She was a Fellow of the American Academy of Arts and Sciences and, most recently, recipient of the 2014 Pradel Research Award of the National Academy of Sciences.  She is survived by her husband, UCSF Professor Michael Brainard, and her sons Sam and Alec, age 10, and a large and loving community of family and friends. A memorial celebration of Allison’s life will take place at UCSF on Friday, January 23, 2015.