Huda Zoghbi is professor in the departments of pediatrics, molecular and human genetics, neuroscience, and neurology at the Baylor College of Medicine. Although she was initially interested in cardiology, Zoghbi soon found herself drawn to disorders that affect the brain. In her second year of residency, she encountered a puzzling patient who made a huge impression on her. Zoghbi was inspired to go into research to determine what could have caused the patient's sudden neurological deterioration - Rett syndrome. 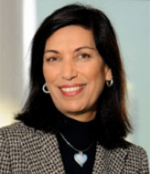 Huda Zoghbi is the Ralph D. Feigin Professor in the departments of pediatrics, molecular and human genetics, neurology, and neuroscience at the Baylor College of Medicine. She is also the director of the Jan and Dan Duncan Neurological Research Institute at Texas Children's Hospital and an investigator at Howard Hughes Medical Institute. Born and raised in Beruit, Lebanon, Zoghbi began medical school at American University in Beirut. However, when war erupted in Lebanon, her family moved to the United States and she finished her medical training at Meharry Medical College in Nashville. Zoghbi and her collaborators have done groundbreaking work on a number of devastating neurological disorders, including Rett syndrome and spinocerebellar ataxia type 1 (SCA1). Animal models, specifically mice and Drosophila, have proved to be the most useful in her research, leading to discoveries that have provided new ways of thinking about more common neurological disorders, which could ultimately lead to better treatments for such diseases.