Anne Young is the chief neurology service director of MassGeneral Institute for Neurodegenerative Diseases. She first encountered Parkinson's disease as a teenager, when she visited a friend whose aunt had a severe case. Her interest in the disease and in neuroscience led her to get involved in scientific research during college. She went on to receive an MD and a PhD in pharmacology from Johns Hopkins and then completed residency training in neurology at the University of California, San Francisco. After 13 years on the neurology faculty at the University of Michigan, she became the first female chief at Massachusetts General Hospital. There, she established the MassGeneral Institute for Neurodegenerative Disease. 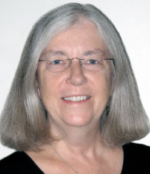 Young and her late husband John B. Penney, Jr. provided the most widely cited model of basal ganglia function (the basal ganglia are the brain regions affected by Huntington's (HD) and Parkinson's (PD) diseases). The model has provided the springboard for testing novel interventions in HD, PD, and related disorders. Young's work includes several animal models such as rodents, macaque monkeys, cats, and fruit flies (Drosophila).

Young established the MassGeneral Institute for Neurodegenerative Disease (MIND). MIND brings together scientists at Mass General concentrating on studies of Alzheimer's, PD, HD, and amyotrophic lateral sclerosis. Young spearheaded the comprehensive drug discovery efforts at MIND and has been successful in identifying drug targets for PD, HD, and other neurodegenerative diseases.

Young is a past president of the Society for Neuroscience.