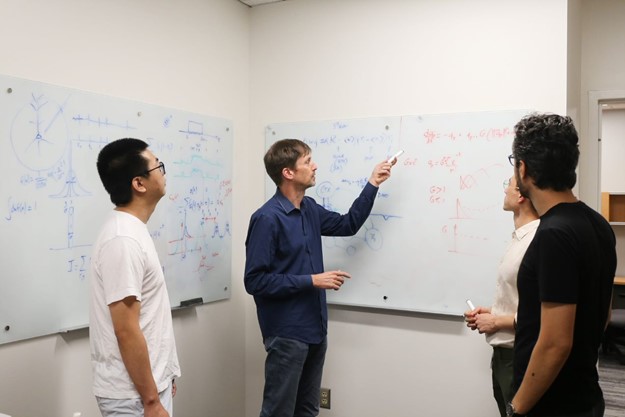 Nicolas Brunel, PhD (center), of Duke University School of Medicine was awarded the 2021 Swartz Prize for Theoretical and Computational Neuroscience.

Nominations are especially encouraged of scientists whose work represents recent impactful advances to the field.

The prize is open to all individuals who have contributed to theoretical or computational neuroscience.